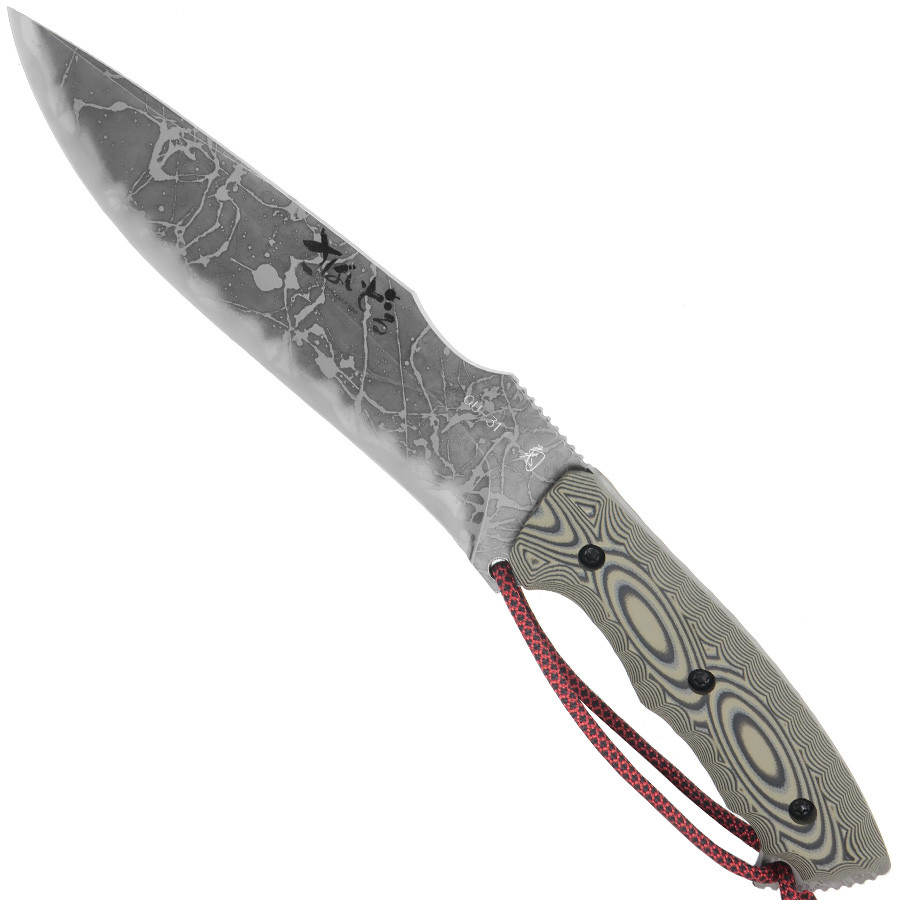 Kiku Matsuda was born in Seki-City, Japan in 1952. For more than 40 years he's been a knife-artisan specialized in handmade knives.

Once he became a world-class knife-maker he created his own brand. One of his highly-regarded skill is called "Hamaguri-Ba" which is an ancient Japanese art form of Japanese sword. The "Hamaguri-Ba" is a convex cross-section shape of blade, which gently curves from the blade's edge to its back. Kikuo's "Hamaguri-Ba" free hand work has valued him many international orders.

During his career, he has collaborated with large corporations such as William Henry, SOG and many more. His custom collaboration with SOG granted him the "Best Collaboration Award" title at the 2007 Atlanta Blade Show.

Every year he attends several world class knife-shows all over the world: US, Europe, Russia and Taiwan. In Japan, his brand and products are considered high-value and are much thought after.