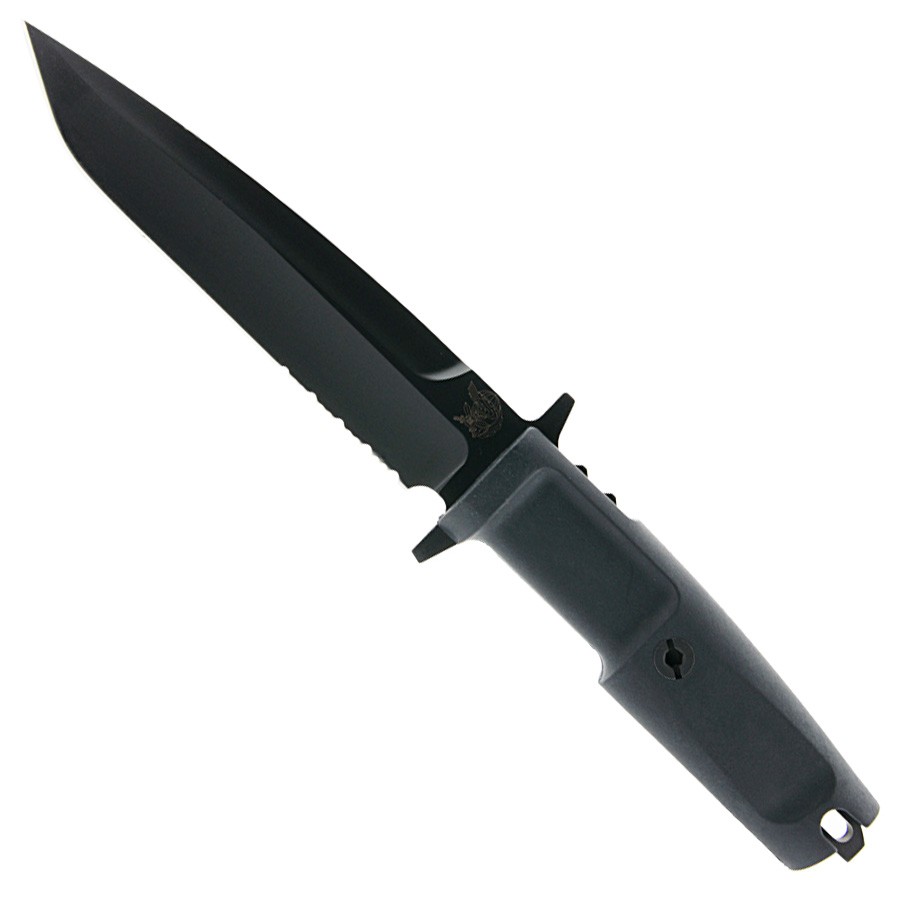 Italian company created in 1997, Extrema Ratio evokes for many, the "Rolls Royce" of cutlery, and has become for the operational units and the connoisseurs of the whole world, synonymous with excellence in the field of tactical knives, these being the very best in terms of strength and endurance.

If you have to choose just one knife, whether for military and tactical use or for survival, choose an Extrema Ratio Knife!

Made to order for the renowned 9th Parachute Assault Regiment “Col Moschin” of the Italian special forces, which officially adopted it in 2002, this is a quintessential combat knife.

It represents a contemporary reworking of daggers issued to the Arditi – the historical force in whose footsteps the 9th walks – which sported asymmetrical blades and straight but direction-sensitive hilts.

Designed to be light and handy, balanced decidedly toward the hilt, with a highly perforating blade-tip.

Each new “Incursore” (assault paratrooper) is issued one of these combat knives and trained to use it to its best.